Prevented fire on the territory of Central Balkan National Park 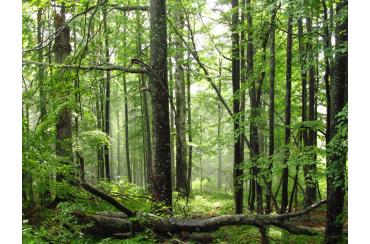 On the afternoon of July 28, a signal was given for smoke in the area of the road from the Beklemeto resort complex to the Chuchul chalet. The signal was given by Stoyan Zagorchev – a livestock owner from the village of Hristo Danovo (Karlovo municipality) and a user of pasture area on the territory of the Central Balkan National Park. After noticing smoke in the distance near the road and shortly after Plamchova fountain, Stoyan called the park staff and went to the place himself. He found that a fire had broken out in an area of ​​about two square meters and immediately took action to put it out. Afterwards, the employees of the Control and Security Department at the Park Directorate have secured the place and the adjacent terrains. The livestock breeder's quick reaction prevented a fire, the consequences of which could be unpredictable. With his actions Stoyan Zagorchev has contributed to the protection of the Protected Area and to the protection of the pasture resource, which he and many other of his colleagues use. The Central Balkan National Park Directorate expresses its sincere gratitude for the assistance provided!
The probable cause of the fire was the negligence of people who had passed earlier on the road.