ABOUT THE MASSIF “TRIGLAV” The Triglav Massif is in the easternmost section of the Central Balkan. Besides Ravnets, this is the second characteristic, differentiated side massif, divided from the main crest by the deeply cut valley of Gabrovnitsa River, which is also the eastern boundary of the National Park. The northern slopes of Triglav are build by interesting granite-gneisses, just like the rock faces of the peak of Botev. Triglav Massif is formed by four peaks higher than 2000 m – the peaks of Golyam Kademlya (with its 2276 m being the second highest in Stara Planina), Malak Kademlya, Mazalat (Evil Peak) and Pyrgos. From the saddle between the central peak – Golyam Kademlya and its neighbor – Malak Kademlya arguing all laws of physics, springs one of the tributaries of Tazha. There is located one of the picturesque waterfalls – Kademlyisko Praskalo, which is 72 m high. The lower Kademlya gives birth to another tributary of Tazha – Babskata River, where one could observe the 54-meter high Babsko Praskalo. The small river of Elydere springs out from the saddle between the Malak Kademlya and Mazalat. Tuzhansko Praskolo is found here (often called just Praskaloto). Triglav Massive divides the Dzhendema and Sokolna reserves.
FLORA AND FAUNA Inaccessible for people, “Triglav” is a wonderful shelter for the bear, the wolf and the wild goat, and also for many species of birds. You can visit two bear’s lairs and see a lot of marked threes where the bears mark their territory. At the moist areas around the streams, different animals’ imprints can be seen. If you have a chance you will see wild goats, and bears walking in the open spaces in the early spring.
One can observe here many species of interesting birds as the magnificent imperial eagle (Aquila chrisaetos), the secret mountain quails (Alectoris graeca), the falcon wanderer (Falco peregrinus), the big hawk (Accipiter gentilis), the falcon hunter (Falco cherrug), the white back woodpecker (Picoides leucotos). Address: Stara planina mountain 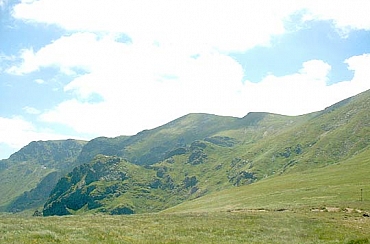 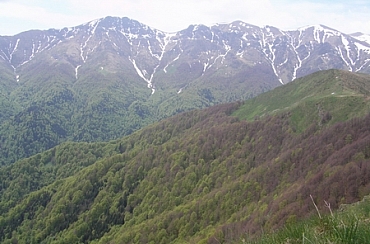 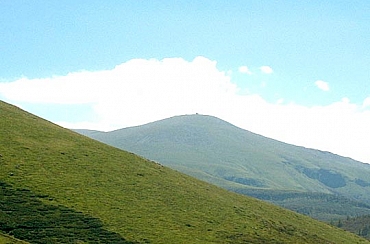 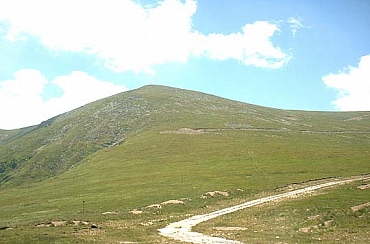 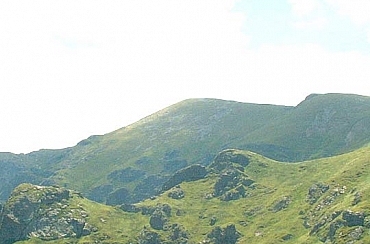 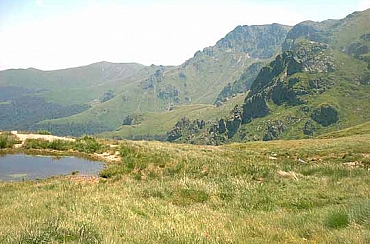 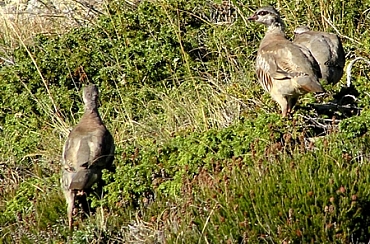