ABOUT MOUNTAIN PEAK TRESKAVETS Mountain peak Treskavets is the outermost, most hard to access and most interesting of the peaks surrounding the town of Teteven. Its stone crown is 100 m high and it encircles it completely. The Treskavets peak is 1151 m in height. For that reason at one time the mountain peak was used as a fortress. This fortress had the outlines of an amphitheater with a water reservoir dug on its bottom. There are several terraces visible on the southern slope of the amphitheater. Those who climb mountain peak Treskavets and look to the north, they will be able to see the Danube River in the distance.
The Treskavets peak will always remain in the hearts and minds of the generations as back in 1801 it sheltered and thus saved the residents of Teteven. When the Kurdjali attacked the settlement on the first Sunday before Lent and set it on fire, the people escaped trying to find salvation in the nearby forests.
Many of them – over 400 people started for the Treskavets peak. The men carried guns, the women bundles of family belongings and the old men lead the cattle. They all were trying to escape from death. The Kurdjali besieged the peak and tried to overtake it. Yet they did not succeed. They decided to exhaust the defenders of the peak by a continuous siege, which lasted for three weeks.
Grandpa Genko the pack-saddler decided to outwit the attackers. He fed a calf with corn. Then the defenders pushed the animal down the peak and when it fell, its stomach burst before the astonished Kurdjali. They exclaimed: “If there is so much stock food on the peak then the residents of Teteven will not surrender soon”. They gave up the siege and left. 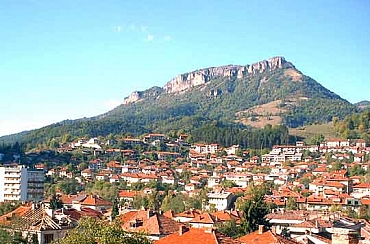 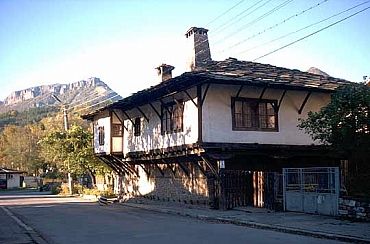