ABOUT THE CAVE Leaving Rai hut hiking to the North of the crest of Kupenite peaks, in the foot of the rocky slopes the valley of Golyama Bazovitsa is seen. Rogachevata Pestera cave is high above the gully – at an altitude of 1700 m. Its entrance – high some 4 m – is accessed after crossing a small creek, and just below the entrance there is a small spring. The cave is horizontal with a length of around 42 m and gradually descending from the entrance towards the inner sections. Being so easily accessible it has been long known to the local people, and its name (horny cave) comes from the chamois that used to find shelter in it. Likely other similar caves it was a shelter for rebels and more often to shepherds.
Rogachevata Pestera is formed by tectonic broken granite and weathered schists. Similar small caves and niches could be seen on the rocky walls above it.
Besides the rebels and the chamois this type of caves provides shelter for a number of pertophilic species of birds, mammals, reptiles, spiders and insects, as well as of specific flora. Therefore the diurnal raptors, the raven, the tawny owl, the eagle owl, the bats, the lizards and the vipers are not a rarity there. This faunal complex is extremely vulnerable to human impact and that is why no activities should be undertaken, which could unfavorably affect it – destruction, pollution, disturbance linked to rock climbing, kindling of fire in the caves.
Nowadays the cave is in the reserve zone of the park and the access to it is forbiden. Address: Kalofer Balkan 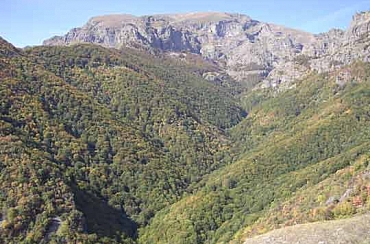 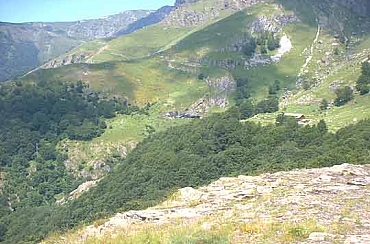 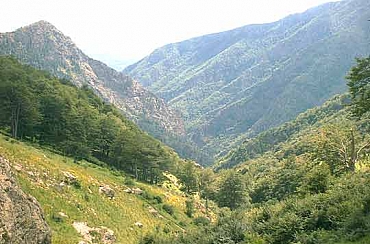