The project for the logo of the Central Balkan Biosphere Reserve, created by Victoria Gadjeva, was ranked first among more than 50 proposals by 27 artists from all over the country, and at the end of last week she received her award of BGN 800, presented by the Director of the Central Balkan National Park – Tsonka Hristova. "My best friend saw the announcement for the competition, forwarded it to me and said that I must try to create a logo for the Biosphere Reserve, because I live and work in Kalofer and because I love the Balkans", says Victoria. Studies on the nature and role of biosphere reserves follow. The first association with what is read and learned is that the logo should clearly represent the meaning of three elements – nature, people and the Balkans, in sync. Victoria shares that she is not a designer by education – she is an engineer and pedagogue, but as chairman of the Cultural community center in Kalofer and as a site owner she often has to create visual content. She has interests in this field and tries to develop her talent. And so she created the elected in the contest graphic sign presenting the bear as a symbol of the Central Balkan National Park, the mountain – as a link between the park and the settlements and the people in them – a symbol of the symbiosis between man and nature. "People were the most difficult for me to present, because they can be portrayed in many ways", said Victoria Gadjeva. In her opinion, we are still far from achieving true, complete harmony between nature and man. However, she believes that if efforts are made and people start to appreciate nature more, then one day the synchronicity will undoubtedly be achieved. Victoria herself loves to be among the majesties of the mountain, and her favorite place in the Central Balkan National Park is Ray chalet. "I love the Balkan Range! This is one of the reasons why I chose to live in Kalofer. In the morning I go out on the terrace and see Botev peak. Every time I look at it, I tell myself that I made the right choice", added Victoria. The logo developed by Victoria Gadjeva will aim to present the Biosphere Reserve as an attractive place with preserved nature, culture and traditions, as well as a good environment for sustainable socio-economic development. The created logo will be used to distinguish local food and beverage producers, as well as tourism service providers in the territorial scope of the Biosphere Reserve. "We must work towards people staying in these areas, to develop, but with attention and care for nature", she said.
The competition for making a graphic sign (logo) of the Central Balkan Biosphere Reserve was carried out as part of the activities under the project "Creating a complete brand of the Central Balkan Biosphere Reserve", funded by the UNESCO Participation Programme. 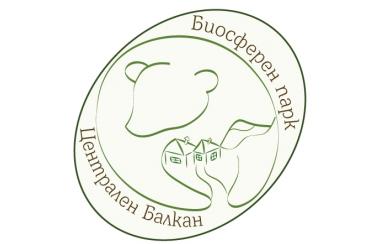 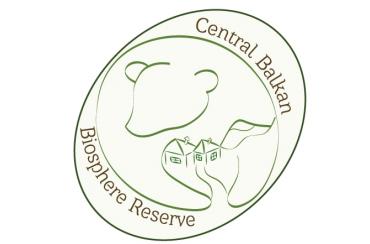 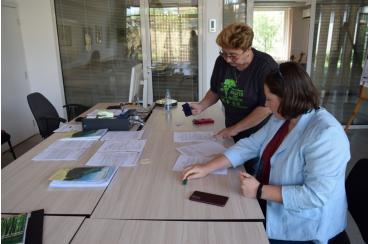 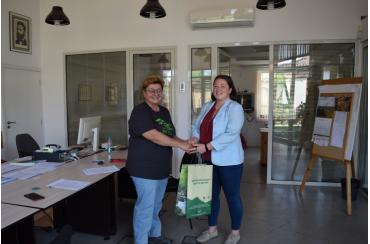