ABOUT THE CAVE The precipice Raychova Dupka cave is located in the Eastern section of the Troyan Balkan in the Steneto Reserve, along the upper stream of Malak Chaushov Dol creek as the altitude of its entry is 1400 m. The first attempt to penetrate to its bottom was made in 1971 by Troyan cave divers and during the years to follow researchers from different clubs discovered new and new galleries. Hence the total number of the galleries mapped by 2003 reaches 3,333 m with which this cave is ranked among the largest caves in Bulgaria, and its displacement of 387 (-377 + 10) m makes it’s the deepest precipice in our country.
Despite that it is the deepest precipice in Bulgaria, there is only one plumb (8 m) in the cave and to reach its bottom it is enough to follow the central gallery with a length of 920 m descending by a permanent declination of 30о.
Raychova Dupka has two floor and it is very diverse – with large halls, blockages and demolitions, two underground streams, beautiful sinter lakes, petrified waterfalls, draperies, stalactites, stalagmites and stalaktones. It end up with a mud siphon – the place where the underground stream gets lost. The whole system is shaped along the contacting zone of the malm and the limestone and is developed in the direction North - South. The water temperature is 7,5oС, and the ice formed at the entry section is preserved till April - May.
The caves are a refuge for a number of rare and protected species of vertebrates and invertebrates. Owing to their comparatively permanent temperature and humidity, the complete dark conditions and the scarce but specific food resources, they are inhabited by a number of stenobiont species (in Bulgaria – invertebrates), which die outside them for just a few minutes. The unregulated penetrating in caves, the leaving of litter (batteries, carbide, food) destroy the vulnerable ecological balance to which the cave dwellers are adapted – hence, many species of still not described troglobionts may disappear before being studied. Unfortunately, most of the caves in our country are not systematically studied in terms of their fauna. Raychova Dupka is one of them. Single specimen of cave dwelling bats (large mouse-eared bat) are discovered, which use it as a refuge. Despite that the cave does not require specific techniques for vertical penetrating, it could not be visited by people without an adequate caving experience, as it hides hazards. Its location within the Steneto Reserve in the Central Balkan, require upon its visit with scientific purpose to obtain permission from the MOEW and the Park Directorate. Otherwise, the offenders will be prosecuted. Address: Troyan Balkan 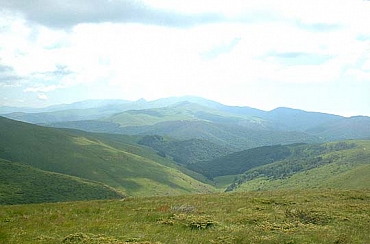 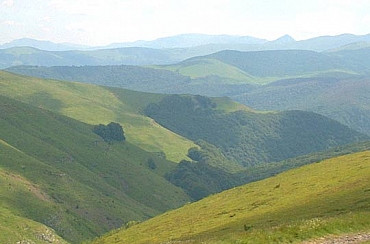 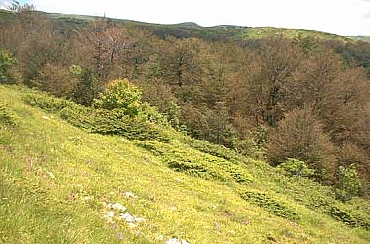